Look to the Hills 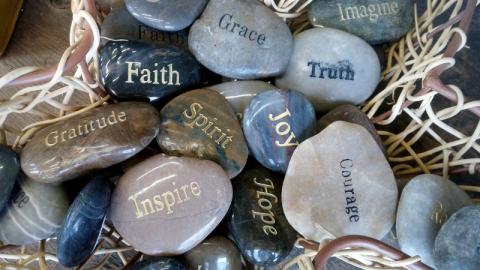 Look to the Hills

I will lift my eyes unto the hills from whence cometh my help. My help cometh from the Lord, the maker of heaven and earth. I "really" enjoy most army movies, especially the danger, excitement, and the violence of combat. Any era is good, WWI, WWII, Vietnam, Afghan, Iraq just to name a few. I have often considered as a minister that perhaps at the least I should reevaluate my strong interest in war movies. This might be a good time to share, I am not a veteran, but I applaud the thousands who have served to protect this country. While many of these movies and shows are entertaining, I acknowledge how serious and traumatic war has been.

The idea of the rigorous training of our military is equally intriguing to me. Someone said war is hell, but it sure makes for good viewing. Serving in special forces units or as a pilot all conger up visions of excitement. I love to converse with active or former military who don't mind sharing their experiences.

Several years ago, I was present at a New Year’s testimonial service. I had the pleasure of meeting a Vietnam veteran who gave a testimony of some of his time in combat. He put into perspective; just how serious, how dangerous war is. He had a very personal recollection of some actual events. Yes, his story had all the elements of an action movie. His unit was pinned down under fire for several days, they could not stand , only role from side to side. One night when the enemy fire seemed especially heavy and he wondered if he would survive, he rolled over and saw a hillside in the distance and as he started to pray, Psalm 121 came to mine: "I will lift up mine eyes unto the hills, from whence cometh my help. My help cometh from the Lord, which made heaven and earth."

Life has a way of presenting situations when we all may need to look to the hills.